Last year our attempt at Slightly Deranged Golf with a 'kicker' didn't go the way we expected it. The best go was when we tucked the golf ball under the 'kicker': 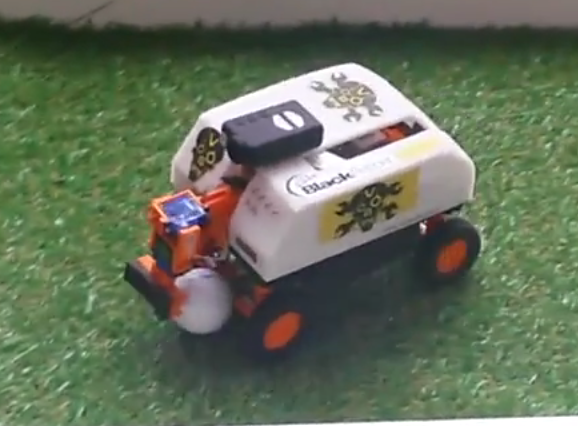 Also, it seemed that the best results others achieved were when they had some way of 'capturing' the ball.

The design idea for this year was simple: 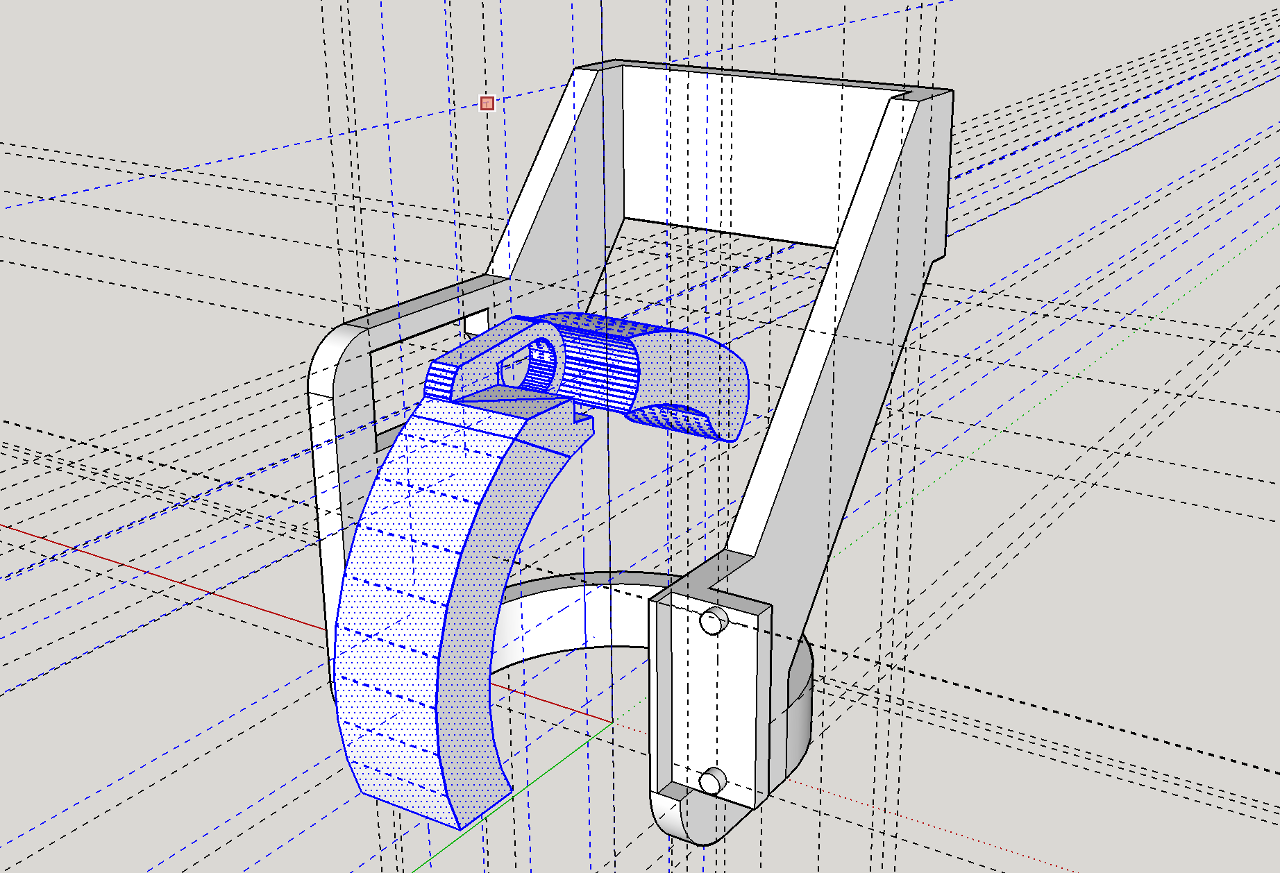 The main part is a 'scoop' attached to the rover and one servo with a moving part that will serve at the same time as 'catcher' and 'kicker'. Back to 3D printing and after a few prototypes for our box of discarded parts, we had the final design (on the right on the picture below):

One of the previous prototypes had 90º angles at the front which, after analysing last year's challenge turned not to be the best idea. 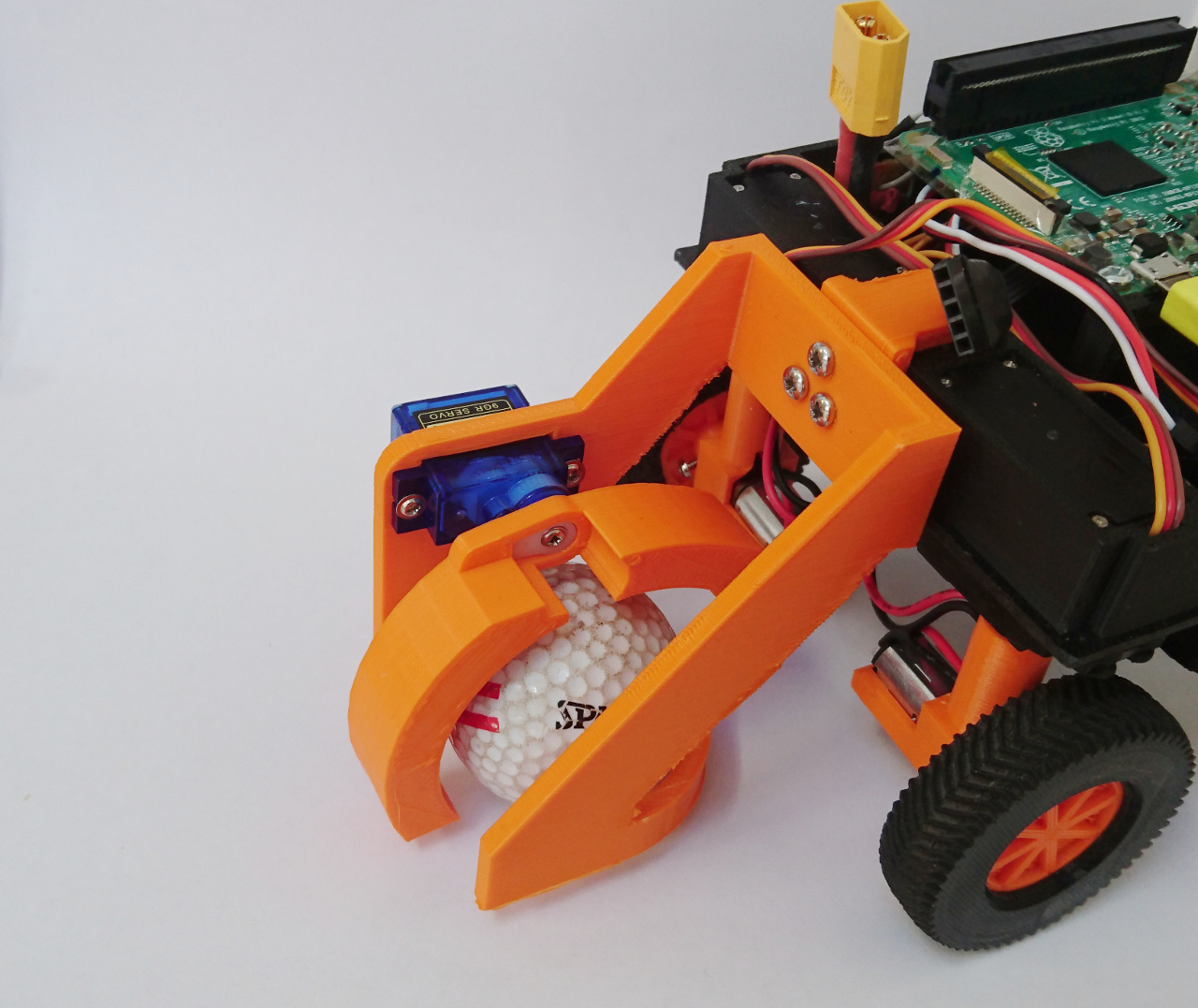 Slightly Deranged Golf had uphill slope at the end which might turn to be a challenge on its own if front part of our attachment is going to catch it. The final design now has nicely rounded edges which we hope will allow us to push ball up hill as well. Also, in last moment change we've added place for the distance sensor as well so we can detect when windmill blade passes by...

Here is the attachment for Slightly Deranged Golf on the rover: 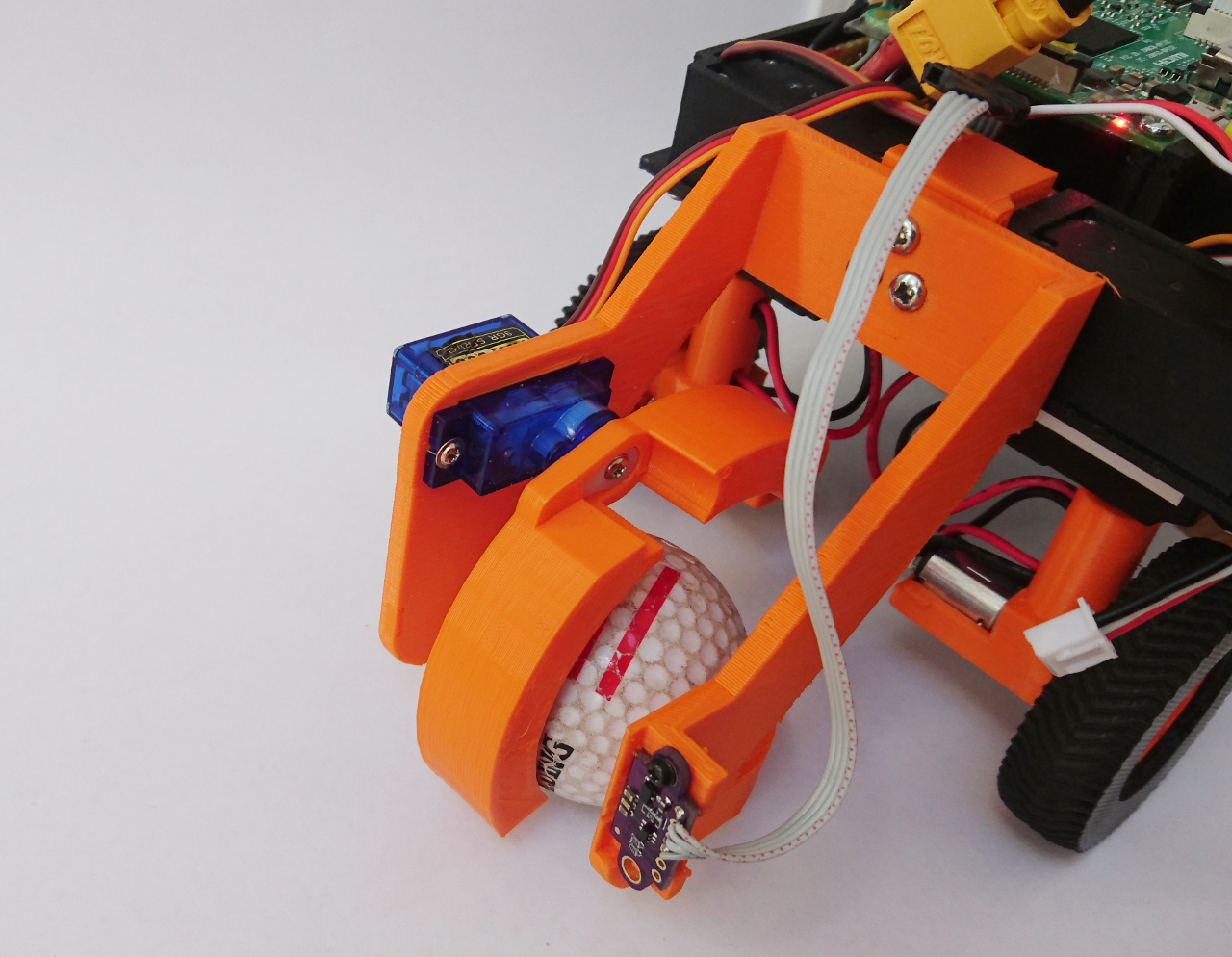 With some coding in our joystick controller service we managed to put all quickly together and here it is in the action: