As this can be last post before the blogging competition is closed let's use this opportunity to describe how far we managed to go with our rover and maybe mention how far more we would like (probably for the next year).

But before that is very important to say that this journey was really interesting and fun. And hard and frustrating at moments. But it was worth it!

"Slow and steady wins the race" - Not sure about that, but at least we can go for finishing the race...

Wev've had many posts that were mainly pictures; let's have one with some code!

Over last couple of months I've got impression that some people do not regard Python as good, modern language (well it has some of the history to make some people stop and think). As any language it has its good and bad sides along with where it can be used as a really good choice and where maybe not.

Python is quite a high level programming language which had its object orientation added relatively late and some of it reflect in somewhat clumsy syntax. But, there are some other sides of Python that put is at par with other popular languages like Java/C#, Ruby, JavaScript and such. Some of it's syntax sugar is making it even better... And that's what we'll look into here: list and dictionary comprehensions.

3D printing is still not as robust process as printing on paper. We tried to push creating Rover's body for the PiWars Programme but the printer just couldn't do it. Main problem was one extruder being weak (original Kickstarted extruder) and after that bowden tubes being of 'wrong' size and hang down ruining print (known problem of Robox printer) when print is tall enough.

Many hours later, printer stripped bare, 2 new set of bowden tubes created, weak extruder replaced and we are back in the game of 3D printing. Now only 3D printing - but dual material 3D printing... 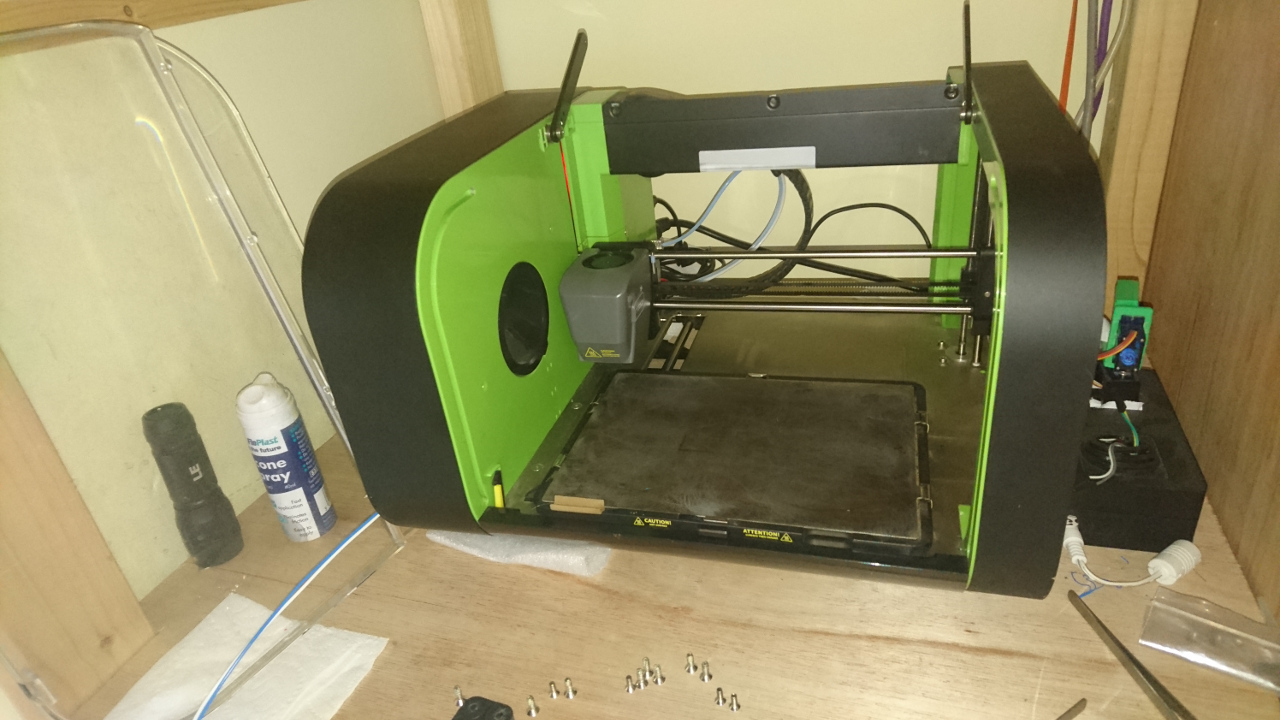 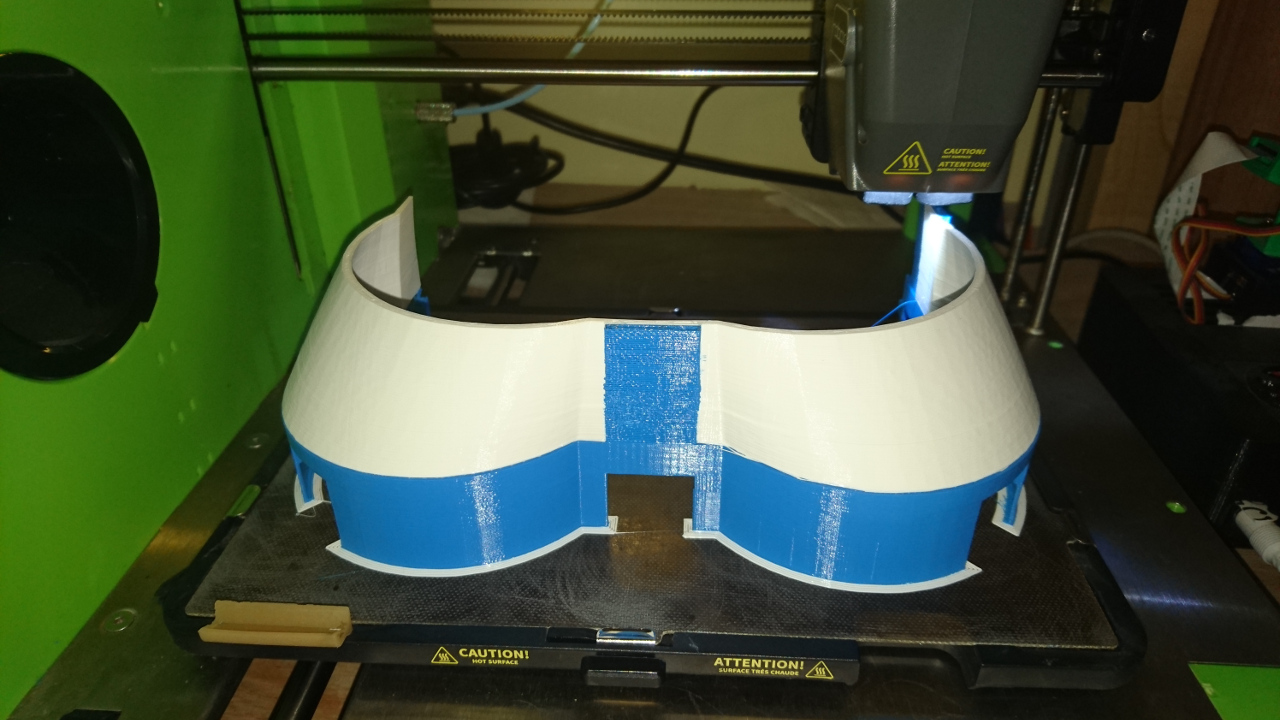 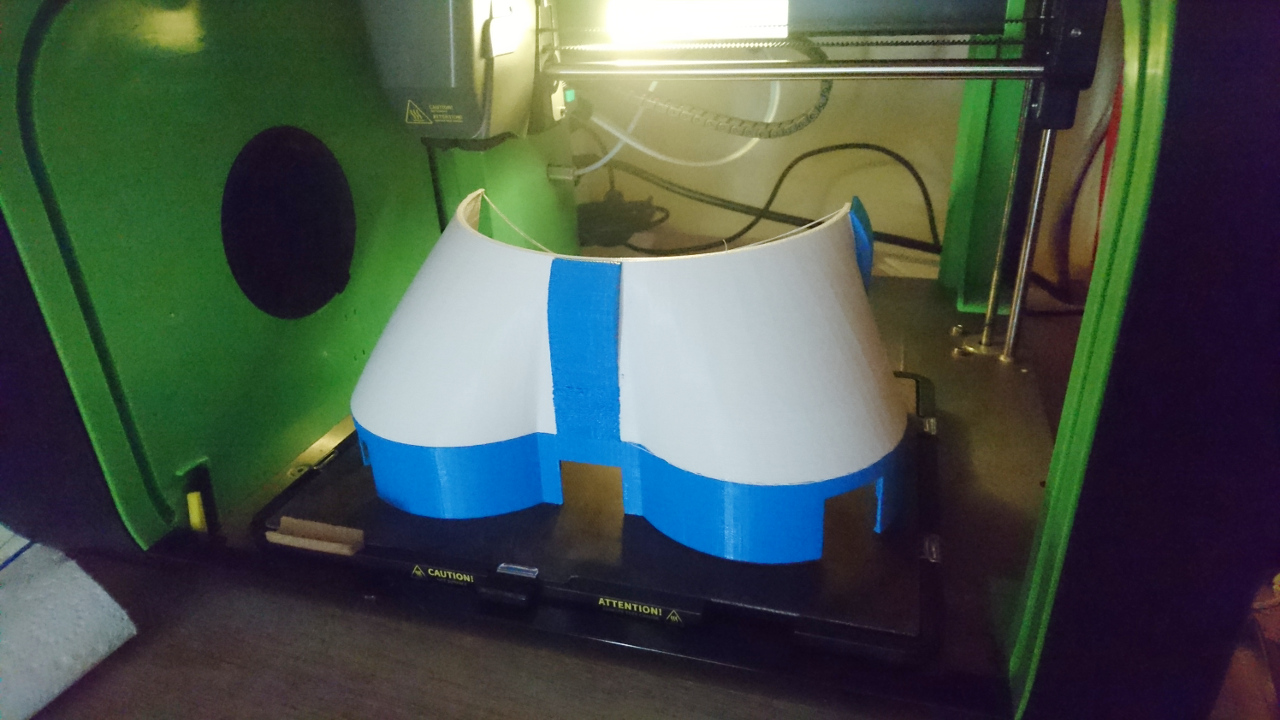 Power Consumption And Other Woes

Now we have Feedback Status Screens sorted, something cropped out - pretty much immediately. Our Raspberry Pi is 3B+ model, 1.4GHz quad core ARM processor - something really fast and quick to generate heat. Since Raspberry Pi 3 we started needing heat sinks as Raspberry Pis can go really fast and generate lots of heat. Unfortunately our design isn't the best regarding heat dissipation as RPi's processor is sandwiched between RPi's PCB and the screen: 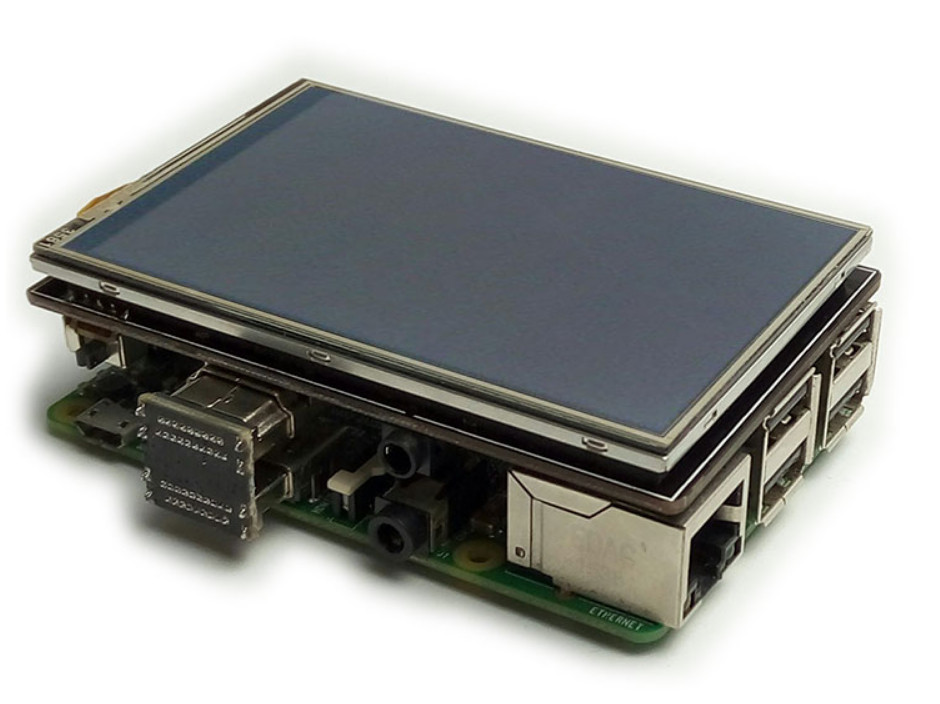 When processor is taxed a lot, heat would be trapped between these two and slowly raise. With our GUI improvements not only temperature warning came up but we finally saw CPU usage - it was over 50% which translates to more than two full cores running at around 100% (or nicely spread over all cores). With such CPU usage we started hitting temperatures of CPU around 75ºC to 80ºC and at 80ºC where CPU throttling started kicking in.

In Clustered PyROS we already mentioned second Raspberry Pi (PiZero), but didn't show how to make one. This is a quick post with picture to show how easy it is. 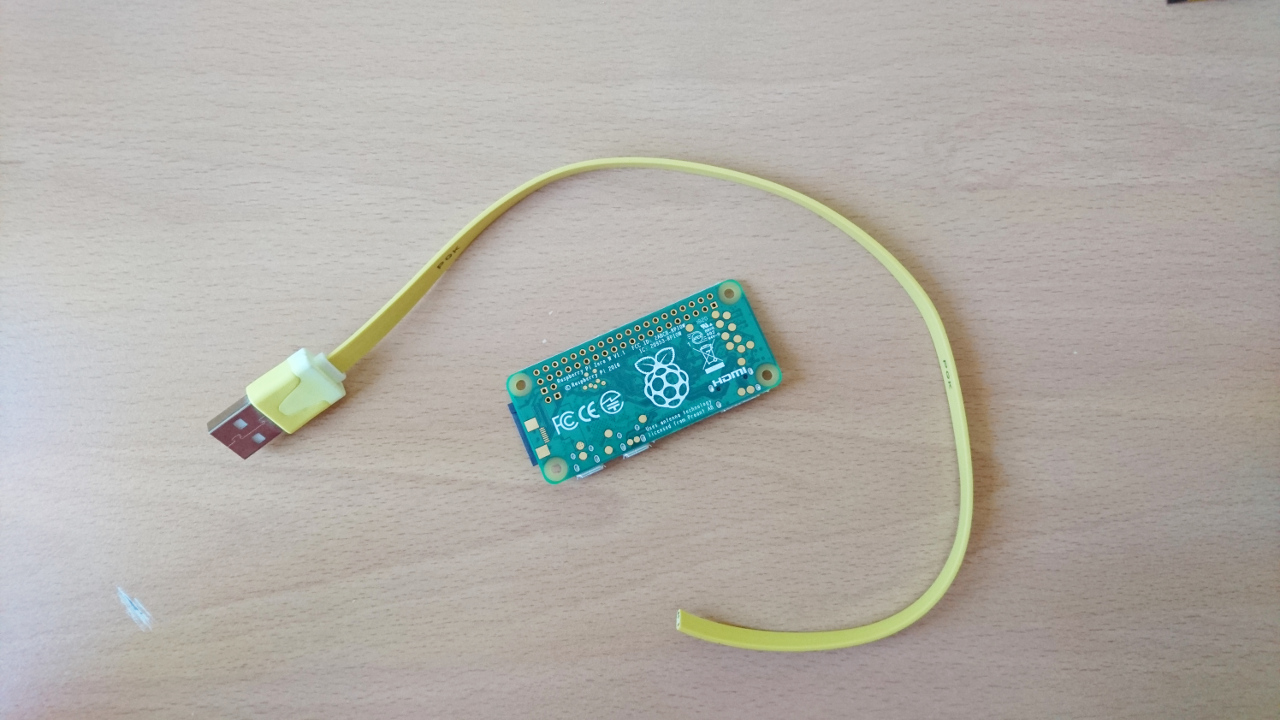 For our previous rovers we fetched 3 (or more) flat USB cables with as small micro USB side so it can nicely fit in the rover. Cutting those cables in half left us with USB A side - ideal for this purpose! Thin, flat cable works the best in this case.

But UI itself is not enough for distraction. Rover can show nice images, we can use screen to temporarily suspend wheels operations (turning and driving), calibrate all, but... It is quite quiet stuff. What if we get tiny amplifier like this + tiny speaker that can be fitted just under the top surface of the rover? That would allow our rover having sound as well.

The moment we started doing some autonomous challenges code, the rover was powered by battery and problem with LiPo batteries, if someone wants to maintain their life, is that they shouldn't be over-discharged. And, since we still don't have way of checking battery's voltage, nor measuring current through it, there are couple of other ways to fudge it in the meantime: - measure time since battery was put in rover (read 'uptime' functionality of linux) - measure 'idle' current through components separately (Raspberry Pis - both RPi3B+ and PiZero and rest of the system in resting state) and then measure current when motors are driven at 100% PWM. It is easy for steering as current would be similar in case of rover going around and when on the bench, but for main wheels it is bit trickier. So we decided to 'eyeball' what it might be (somewhere between stall current and freewheeling). We do it for one wheel only...

As with every year there's always something that takes our attention from what needs to be done to what is really interesting doing. This year we continue with last year's theme: SciFi UI! Reason more is that this time we have 320x480 5" colour touch screen on the top of the rover. And it would be waste it not being used as intended: for shiny UI and feedback!

Another Setback - The Speed of i²c Bus

But, as soon as we connected VL53L1X sensors frequency dropped to 10 times a second per wheel. It seems that VL53L1X is quite chatty (seen through its driver) and it swamps i²c bus for setting up ranging and reading results. Even when we wait the appropriate time and get to read after ranging is done!